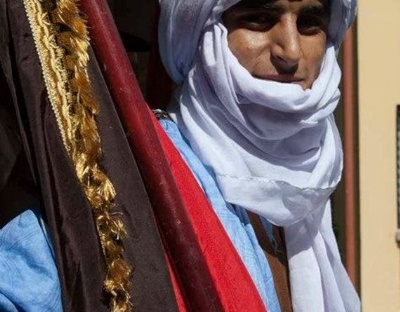 The UWC Refugee Initiative aims to support at least 100 students, per year, of refugee or stateless status to attend a UWC around the world. UWCSEA is a proud supporter of this vital initiative and through the support of the College community, is currently supporting two scholars to attend UWC Dilijan and UWC Mostar.

They are two of many refugee scholars currently living and learning the UWC values, below is the story of Bachir a UWC Costa Rica alumnus (2011-2013) who grew up in a refugee camp called Smara, in the Tindouf province of Algeria. After receiving a UWC scholarship to Costa Rica he received a further scholarship to study Engineering at Brown Univesity in the US.

Thinking back to the time he lived in the camp, Bashir says: “We live in some kinds of tents, our buildings are made of mud and water. There’s no running water or electricity. Electricity comes from the sun. We don’t have middle school and secondary schools in the camps. People my age study in Algeria – around 1000. From the camps to Algeria is 24 hours by bus, a distance of 102 000 km. I studied in the center of Algeria, while others studied in the north; and it takes them 48 more hours”.

Of his UWC experience, he explains: “I was born and raised in a refugee camp in the end of the world, in a forgotten and impossible to reach corner of the great African desert. Yet, UWC put the time and the effort to reach that part of the world, and now here I am. I moved from a mechanic going to school in a deserted area to an engineer at an Ivy League school. I’m the first Western Saharan student to attend an Ivy League school and it’s all thanks to UWCCR and those who donate to make such a change possible”.

One of Bachir’s greatest dreams is to improve his family’s living standards, as well as those of all the people in his region: “My roots are in Western Sahara; therefore, I would love to put into practice all that I am and will learn there, once I finish university. I would love to help others to improve their education standards. I would love to go back to my country to do something special, to help all my neighbours who still live in tents or in houses made of mud… To help them in anything I can”.

He thinks very fondly about his time at UWC Costa Rica, but there were also very challenging times for him, especially at the very beginning. “I came to UWCCR two weeks late, I missed all the meet and greet part of the story, my English was terrible, people’s looks and ways of dressing, talking and behaving was all foreign and somewhat incomprehensible to me”.

One of the first memories Bachir has of this time at UWC Costa Rica is about the first conversation about Islam and religion he had with his Catholic roommate, who would become one of his best friends during and after UWCCR: “The conversation started with my Chilean roommate asking what Islam thought about Jesus and the Virgin Mary, while our third roommate from Venezuela, who was atheist, sat as a judge. It was my first conversation with a non-Muslim and I loved every bit of it”.

Through telling his story, Bachir would also like to make his country well known around the world and encourage other people to make positive change happen in Algeria. He would like to send a message of hope and endurance to people living in difficult circumstances: “To all those who are living the life I lived or are in similar conditions, all that I can say is: use that suffering and the struggles as drive and motivation to push yourself harder, reaching further and gain the skills and resources to make your life and those around you better”.

Please consider supporting the UWC Refugee Initiative.  A gift of any amount can support scholars like Bachir to create a better future for themselves, and for their country.

This story was written and produced for the UWC International website and shared with UWCSEA. http://www.uwc.org/news/?pid=37&nid=3&storyid=325

View all posts by uwcseafoundationnewsblog